Learning about deoxyribonucleic acid (DNA) replication is an important part of biology. DNA replicates when cells divide in your body. This replication is a crucial part of growing and staying healthy. Knowing more about different steps of DNA replication will help you better understand biology.

DNA is microscopic genetic material located inside human and animal cells. It contains biological instructions to make each living creature unique and is passed from parents to children during reproduction, which can give kids characteristics of their moms and dads. DNA is made up of two long strands, twisted around each other in a double helix shape. This double helix contains four nitrogenous bases (adenine, guanine, thymine, and cytosine). 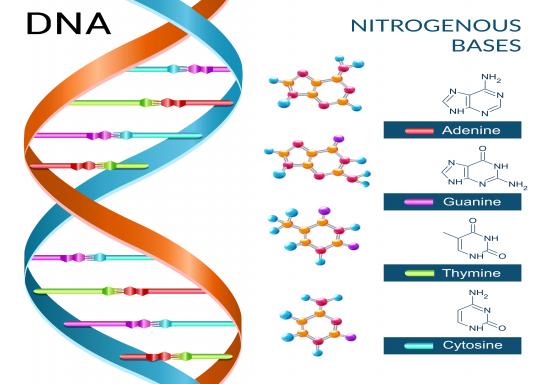 In order for DNA to make copies of itself, it must first unwind and the two DNA strands separate ("unzip") from each other using an enzyme called helicase. Each old DNA strand provides a template for making new DNA. An enzyme called primase makes a piece of ribonucleic acid (RNA) called a primer, which begins the replication process. Another enzyme called DNA polymerase then binds to the RNA primer and makes new DNA attached to the old DNA strand, fragment by fragment.

Once new DNA has been made, enzyme exonuclease removes RNA primers, and another DNA polymerase enzyme fills in gaps left behind by RNA with new DNA. The enzyme DNA ligase then seals all DNA fragments to form a new double helix, and replication is complete. Each new DNA molecule contains one old and one new DNA strand. This video helps illustrate the process of DNA replication, in an easy-to-understand manner. 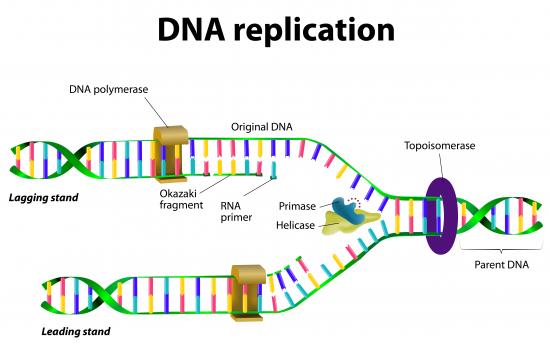 Can DNA Be Artificially Replicated?

Because science has drastically evolved throughout the years, DNA can indeed be synthetically replicated, according to a 2011 review published in Methods in Enzymology. One study published in 2014 in the journal Nature found that DNA replication can occur even when using synthetic (artificial) bases other than adenine, guanine, thymine, and cytosine. A 2010 study published in Nature says scientists have also been successful making synthetic DNA that replicates itself. While artificially replicating DNA may be controversial, it also holds promise for creating new antibiotics, other medications, and disease treatments.

Now that you know more about DNA replication, you can better understand different components of biology and other life sciences. If you're interested in DNA processes, consider a career as a Geneticist, Genomics Scientist, or other science-related profession.