Popcorn or Zea mays everta, is a type of corn and out of the four most common types of corn - sweet, dent, flint, and popcorn - it is the only type that pops. Popcorn is unique from the other three types of corn in that its hull is thinner which is why it can break open. Popcorn makes a great experimental material for kids because it's readily available and fascinating to all.

Most people store popcorn at room temperature in their pantries or kitchen cupboards, but what happens if your store popcorn in the refrigerator or the freezer? Does temperature affect popcorn's popping ability?

This experiment is perfect for kids, grades third and up. Set up for the experiment may take up to an hour. Then the bags need to sit for at least 24 hours. Finishing the experiment will take approximately one to two hours. 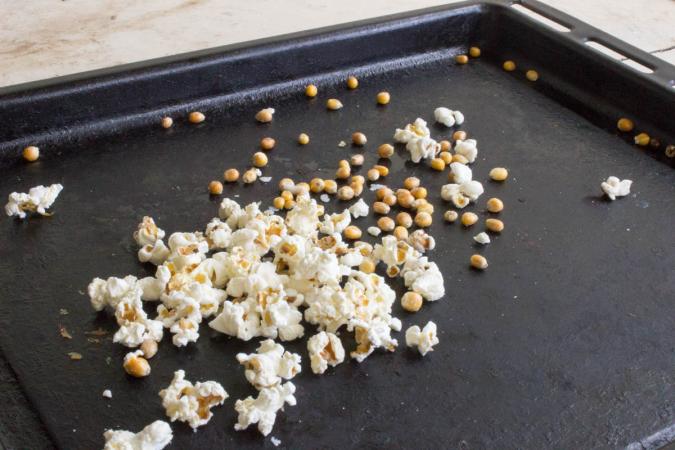 Matter is everywhere and includes anything that takes up space and has mass. Everything on Earth is composed of atoms and molecules. Atoms and molecules are made up of matter. There are five phases of matter: solids, liquids, gasses, plasmas, and Bose-Einstein condensate. Molecules can change state. For example, water can change from a liquid form to a frozen solid form when it is put in the freezer.

Popcorn contains matter. By adding heat to popcorn kernels, they pop and change their physical state. In the case of popcorn, it's a permanent physical change, meaning you can't reverse the reaction. This experiment is a great way to introduce the concept of matter and states of matter by showing children that once popcorn is popped, it can't go back to kernels. The experiment will take less than an hour. The experiment is ideal for the younger elementary-aged set. 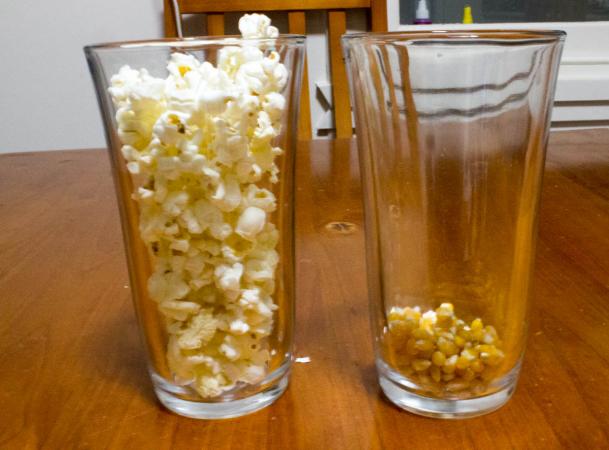 Popcorn doesn't grow in a microwave bag. It's a special form of corn that just happens to pop in high heat. It grows in the ground just like regular plants. Young children will love growing a popcorn plant. Growing a popcorn plant is a simple experiment to introduce children in grades two through four the concept of seed germination. It allows children to see what plants do underground.

This experiment takes about 30 minutes to set up, but it is a long-term project that will sit for a time while the plant grows. The plant will need occasional watering and a possible replanting after a week or so. After a few days, children should see a root start to emerge from the seed followed by a sprout in another few days. With adequate sunlight and water the seed should grow into a full grown popcorn plant. 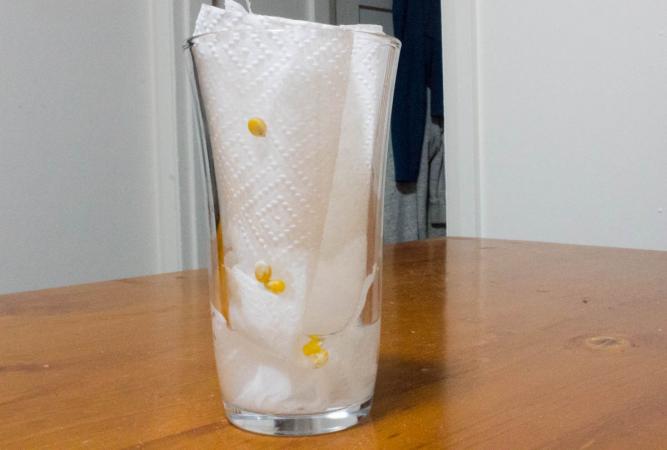