When you hear the word fossil, you probably think of dinosaur bones, but the term fossil encompasses many types of once-living organisms. Knowing more about fossils and how they form is an important part of natural history.

How Do Fossils Form?

Fossils form in a variety of ways. 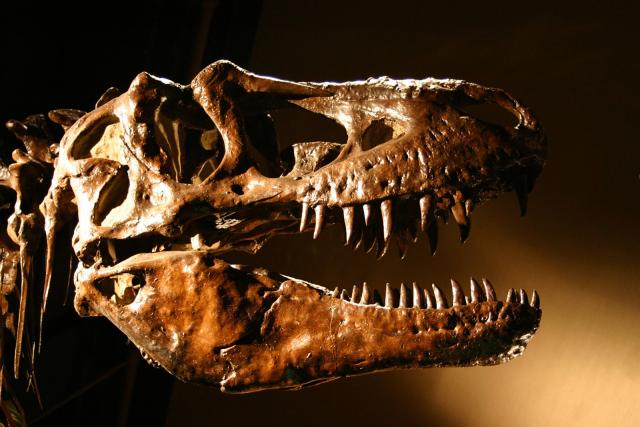 The following video animates the process:

Paleontologists have also found whole animal fossils. Animals like woolly mammoths can get trapped in ice for thousands of years. When this occurs, the whole animal is preserved and changes very little by the time paleontologists find it. Insects can get stuck in tree sap, which hardens to form a material called amber. When this happens, insects found in amber millions of years later look just like they did when they first entered the tree sap. 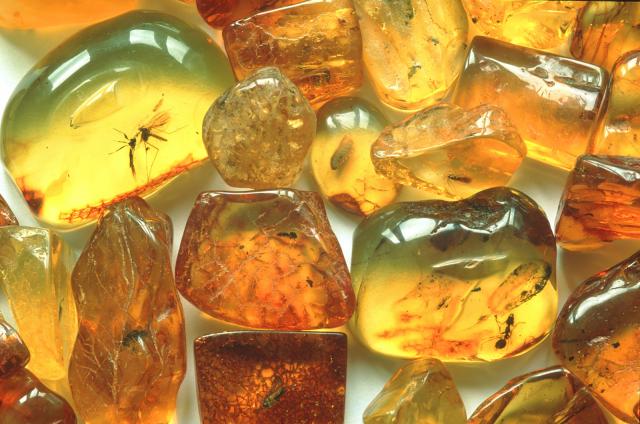 Petrified wood is wood that has turned to stone. The process of petrifaction isn't entirely understood, according to Northern State University. However, it likely occurs when oxygen is absent when plants typically decay after dying. These plants are then buried by sediments in water such as riverbeds. Minerals from the water get into openings in the wood, which preserves the wood's tissues (or replaces woody tissue) to form fossils over millions of years. 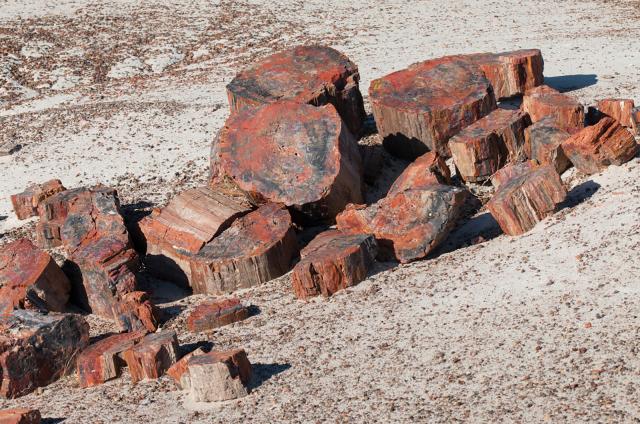 How Long Do Fossils Take to Form?

Many times, fossils form over periods of millions of years. This is often the case with mold and cast stone fossils, insects stuck in amber, and petrified wood. However, whole-animal fossils frozen in ice form as soon as the water around the animal is completely frozen. Frozen fossils might be found within hundreds or thousands of years, depending on when paleontologists discover them.

Where and How Fossils Are Discovered?

Fossils are found in a variety of places. Generally, they are discovered after they rise to the Earth's surface and are exposed due to wind, earthquakes, and rain. Sometimes they are found by paleontologists who are looking for them.

Fossils generally can be found near sedimentary rocks, which are rocks formed in swamps, rivers, lakes, and oceans when clay, silt, mud, and sand harden over millions of years. So, many fossils are found near bodies of water or spaces water bodies used to occupy. For example, the first dinosaur fossil discovery in North America was in 1854 when Ferdinand Vandiveer Hayden explored the Missouri River, according to the University of California Museum of Paleontology.

Palomar College says whole wooly mammoths from the ice age were found in Siberia's tundra, and the oldest human remains were discovered frozen in the Alps in Italy in 1991.

Forests are places you may find insects fossilized in tree sap or petrified wood. For example, in 2007 in Mexico, a miner found a tree frog preserved in amber that may be 25 million years old. And in 2014, archaeologists discovered an ancient village in Petrified Forest National Park dating back 1,300 years; artifacts found include those made from petrified wood (spears, knives, and stone tools).

Learning about fossils is fun and interesting, especially when you can find real life fossils near your home or while traveling. Fossils show what animals used to look like, where they lived, and why they may have become extinct (died off).